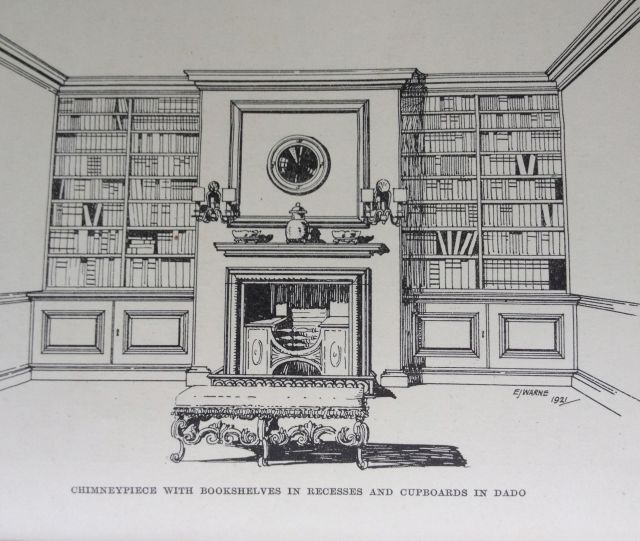 I recently acquired a small book called Simple Furnishing and Arrangement (1921) by Helen & John Gloag. I’ve seen the Gloags’ books in second-hand bookshops over the years but I’ve never really bought them because they seemed a bit fusty. I purchased this one only because it has its original owner’s name inscribed in the front cover.

That owner was R. G. S. (Ronald Guthrie Senior) Beatson, the first editor of Home & Building (now Home New Zealand), New Zealand’s pioneering and longest surviving home decorating magazine. Ron purchased this book in Hamilton on 1 October 1928 – just over 85 years ago. At first I felt a little sorry for Ron – is this all you could buy in Hamilton in 1928 – after all it is hardly Le Corbusier?

Then I got to wondering. How old was John Gloag when he (and his wife) wrote this particular book? The answer is 25. RGS Beatson was also twenty-five years old when he bought this copy in 1928, seven years after it had been published. Had this first edition lingered on the shelves unwanted in Hamilton? Did he buy it marked down (as most young architects do) or had it just arrived and he snapped it up and carried it home with great excitement? 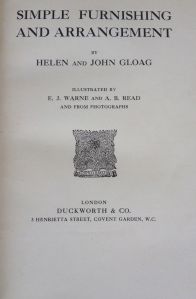 We’ll never know the details of that purchase but I now took a different view of the book. This was a book through which two young men, really only just starting out on very different careers, had communicated over ideas about style, at a tricky point in the Twentieth century.

Once this little book, inscribed as it is, would have seemed to young writer me as damming evidence of the avoidance of modernism by both author and owner. However fascinated by the ages of the two men I delved into its pages in order to find what I could that might have reflected their combined youth. What enticed R G S to this book, besides a smart brown linen cover? Why would Duckworth & Co, a respectable London publisher, have wanted to publish a work on decorating by a twenty-five year old – there must have been plenty of other older more authoritative experts about? 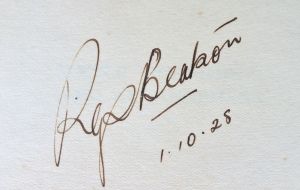 The Gloags start their book: ‘the furnishing of a small house or flat is an interesting and delightful task.’ I smiled at this. Because in the first line they’re saying ‘we’re young, we’re interested in style but we have no real money or resources – so what are our options?’ So the Gloags weren’t fusty, they were young people and young people who were in fact surprisingly modern.

As with most young people they didn’t think much of the generation just before theirs. They wrote:

“New Art was a disaster, and might have established a strong prejudice against fresh effort in design, thereby retarding the development of decoration and furniture.” Originality should not mean sacrifice of all established designs. To favor the abolition of the perfect proportion and grace of the classical orders of architecture would be architectural bolshevism. “

Young authors, myself once included, usually can’t resist slagging off the generation immediately before theirs. It’s a right of passage that becomes a little embarrassing as you get older but in the first flush of writing it’s hard to avoid.  There it is, the Gloags, all of twenty-five, loathed Art Nouveau. I suspect they were in mixed minds about a lot of Arts Craft work too.

The Gloags do what any young couple might do – reach back a generation or two find something they admire, adapt it and then promote it. Dipping into Simple Furnishing and Arrangement  the Gloags seem to have a lot of sensible things to say on the subject of decorating – I’ll now sit down to the rest of the book aware that I’m reading the thoughts of twenty-five year olds dissatisfied with their decorating lot.

This entry was posted in Uncategorized and tagged John Gloag. Bookmark the permalink.