Enclosure but no closure 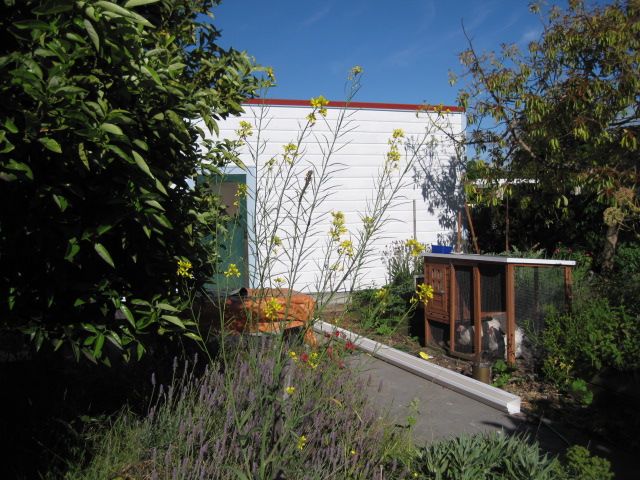 The builders are still here and what was a ‘nine to ten week job’ enters its 6th month and we wonder if there are going to be men in the house into the New Year. Don’t get me wrong, we like our builders, but living with construction is unsettling and exhausting.

By mutual agreement we cast them out of the house in early November – and they are now working on the exterior – in particular the creation of a carport. We are not car types but having a roof over the vehicles seems to be a basic requirement these days. It took forever to convince the architect that we didn’t mean an uber-garage but a carport (sans doors) and really after that battle was won we stopped paying much attention to the detail of said future carport.

That is until the day the concrete went down and we realized it was a very large carport into which three cars might fit at a squeeze. When the first wall went up we realized that it was a very tall carport. This caused a certain amount of alarm but now the cladding has gone up on the frame and the door been put in, we realize we now have the enclosed courtyard we’d been wanting and have become more excepting of the monolith (at least until winter when it will cast a long shadow).

This allows us to rethink, or perhaps finish thinking through, the back garden, which was always intended to be looser and more informal than the front garden. The new carport wall also encloses the chickens a little more effectively so perhaps now they will spend less time on the drive (but more time in the vegetable plants).

You now enter this garden through a door in the back of the carport and so there is an element of surprise. It should also be a little more sheltered from violent winds. Looking back where there was once a view of the comings and going on the lane now this vista is enclosed – that will take a little getting used too – the lane is full of vehicle and pedestrian traffic and the lively parade was always worth a passing glance. 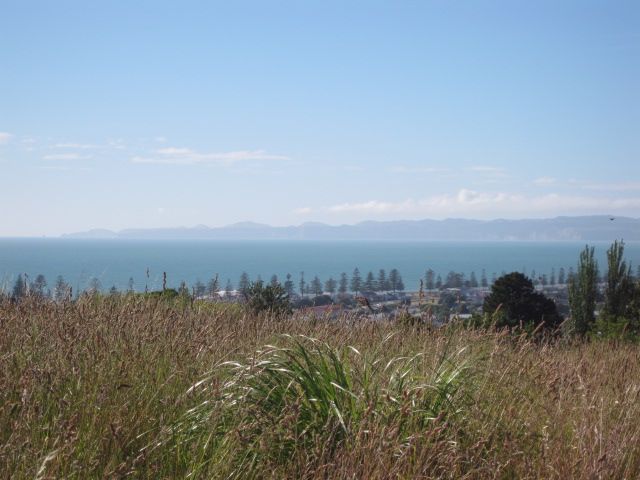 Out on the street, and across the road, there is a different kind of enclosure about to take place – this time the privatisation of a public view. For decades, and perhaps forever, there has been a view of Cape Kidnappers from a particular spot on Napier Terrace. The Hukurere School for girls used to occupy the site but I don’t recall it blocking the view.

As is inclined to happen with both the Anglican and Catholic churches, when the bottom line intercedes their love of heritage buildings goes the way of all flesh. Hukurere was sold and came crashing down – and a developer entered the picture.  His first plan (probably a ruse) was to place 61 units on the site. This it in a heritage area of narrow streets and few modern services would cause chaos. A local uprising ensued and the project was forced into a mediation process. The result the developer gets to build 41 units on site (21 would be about right for the scale of the property and surroundings area).

This well loved public view – providing an ideal point to stop for a moment when walking Napier Terrace, view will eventually be enclosed – and  there will be no ‘doorway’ in except for those who purchase their own individual portion of what was once a public view. So we await the eventual arrival of bulldozers and an army of builders that will put the unsettling nature of our, really very small, project into some perspective.