Beverly Nichols and the Christmas rose

I am a big fan of the, now sadly obscure, writer Beverly Nichols, who if you can get in the groove of his somewhat arch queeny tone – is one of those fab interwar English poufs with an obsession with both house and garden. This obsession,  in a pre-blog era, was something Beverly was able to parlay into an incredible number of garden and decorating books – along with almost every other conceivable type of other publication;  essays, novels, plays, political and theological works, biographies, auto-biographies (published aged 25) and highest of all highest literary achievement – three books on cats.

The profits from these he spent on a string of ever larger houses and more impressive gardens. In this he was my kind of guy – less so his predilection for luring uniformed Guardsmen from duty – but that’s another story.

One of Beverly Nichol’s best books is called Down The Garden Path, first published in 1932 and illustrated by the equally fabulous Rex Whistler.  In this, Beverly spends some time on his mad scheme to create a mid winter garden. I find people often misunderstand my [essentially complimentary] use of the term ‘mad,’ so perhaps it’s worth noting this is Beverly’s own choice of words

We are now in the depths of winter … my first winter in the cottage … and the first winter when I went mad…. for I suddenly said to myself  ‘I WILL HAVE FLOWERS IN MY GARDEN IN WINTER.’

What unfolds is a charm-laden story in which Beverly’s attempts to get anything to flower in the permafrost – ‘and by flowers [he] meant real flowers, not merely a few sprays of frozen periwinkle and an occasional blackened Christmas rose.’ 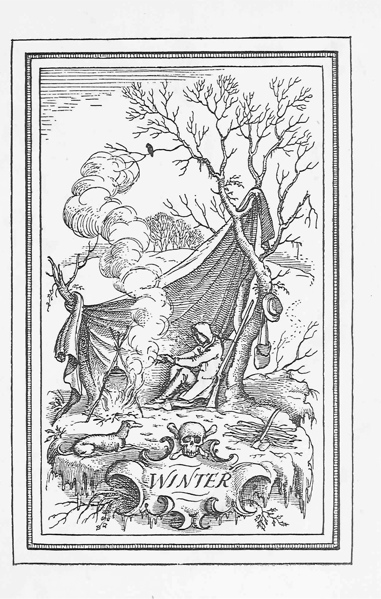 Yet what struck me from the beginning was that very thing Beverly rejected – what was a Christmas rose? This was something I’d never encountered before. I like roses and so surely I’d like Christmas roses.

It  turns out that a Christmas rose (aka Winter roses aka Lentin roses) were the same Helleborus that Peter had been growing for years in his Auckland garden. I however had never paid much attention to the little low-growers – I needed that personal invite from Bev.

The thing is, right through his chapter – Winter Madness – Beverly keep returning again and again to the Winter rose. So it weaves its way through his  search for anything other than a winter rose – like a recurrent motif.  So in the end, out of curiosity as much as anything,  I committed to being a supporter of the Winter rose.

All this essentially came to nought – a passing fad – until, that is, this winter when mine have for the first time started to produce enough in the way of booms to fill a copious number of vases.

As mentioned Winter roses are in the Helleborus group. Their pretty, open, cup-shaped flowers do look a bit like single roses (hence the name) in shades of pink, maroon and cream that age to a fascinating green. This weird, limited but linked, colour range is one of the nice things about this plant – it’s not like a flouro-yellow one is suddenly going to pop up – which seems to happen with some other plants (Antirrhinum) I could mention.

Helleborus are ideal for use as ground covers under trees and don’t seem to need much attention – and any attention they do need can be gleaned from any good garden book – after all Beverly wanted FLOWERS and it’s those we’re talking about here.

One of those things you need to know – is that you need to pick Helleborus in the morning as the young flowers are inclined to wilt and to split the stems and plunge into hot water. After that they’ll last quite well but it’s any easy step to overlook. Because the don’t smell they make a great companion for Daphne which does. In Beverly’s book he talks about winter jasmines that flower at the same time (as they do) and I could see that might work too.

What Beverly would have thought about that particular combination is a guess. I’ve just grabbed his 1967 work The Art of Flower Arrangement (more commonly referred to in this house as Mad Bev Does the Flowers) off the library shelf,  only to find that Christmas roses get no mention. This  is a pity because by about the late 1960s Bev’s prose style is entering a period of near intergalactic mannerism and I’m sure it would be worth quoting.

Back on the ground – I’m fond of my Winter roses, and their ability to bridge the last flowers of summer and the space before spring bulbs are up. Of course in Hawke’s Bay there are other flowers in the garden and certainly no sign of Beverly’s blanket of snow – but every time I see my Helleborus, I think of Bev’s imagining of his first mid-winter walk in his new garden …

In an instant, I seem to see the garden bare … the crimsons and purples are wiped out, the sky is drained of its blue, and the trees stand stark and melancholy against a sky that is the colour of ashes. It is then that I see, in some distant corner, the faint sad glimmer of the winter jasmine … like a match that flickers in the dark … and at my feet a pale and lonely Christmas rose. And I kneel down quickly, as though I would shelter this brave young flower from the keen wind.

This entry was posted in gardening. Bookmark the permalink.